The Provincial Council of Bizkaia gave us a nice present last Christmas: the request to design and deploy an advertising campaign to boost the shopping of non-sexist toys. A job that we loved doing because it brought together advertising creativity and the impulse of gender equality from the family and the commerce.

We started by conceptualizing the idea and working on a claim which would summarize the objective of the campaign, and from there, we have developed, in collaboration with Estudio Doble, all the graphic part and an illustration for all the campaign’s posters which have covered bus stops and metro stations, and has been widely seen on the press.

We wrote and overviewed, likewise, the recording of the commercials that have been broadcasted in several radio stations. It was not easy to get the best child-like voices among voiceover actors, but we finally did it. And it was important to do so as the campaign had its message both for adults and children. 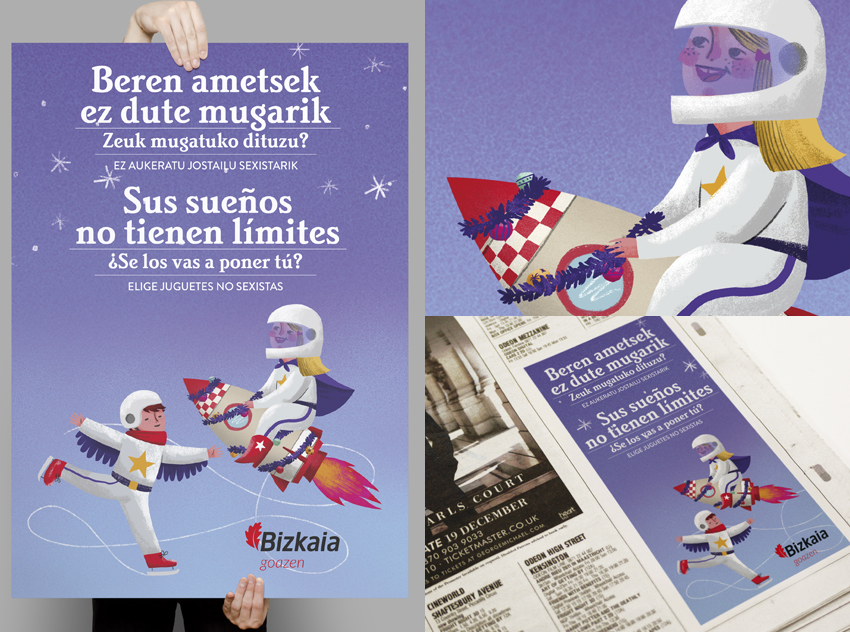