In 2016, the city of Donostia was the capital of European culture and a complete programme of activities was offered to citizens and visitors throughout the year. The reflection about linguistic diversity was one of its proposals and spinning around it was a great opportunity for Linking Ideas. Unesco Etxea trusted us with the communication strategy of the European Linguistic Diversity Forum, for which we developed the whole strategy and branding, both on line and off line, getting this way the 360º that we like so much.

We also developed messages and help the collaborating institutions, DSS2016 and Kontseilua, to spread them. With that purpose, we opened conversation through the social media and went to the mass media. And, finally, we were conducting at the Kursaal Congress Centre where this event took place on the 15th and 16th of December. Estudio Doble, in charge of the graphic part, and Komunikatik, supporting us with the digital strategy, where are fellow travellers. 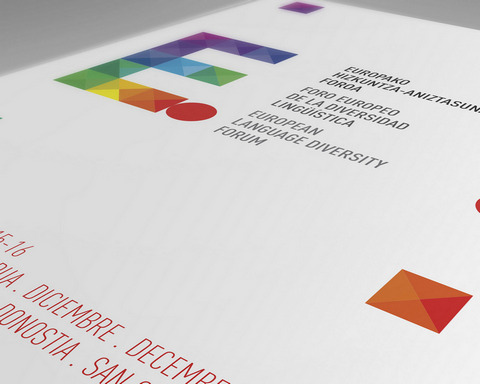