EGILE GROUP, A NEW BRAND UNIVERSE FOR A LEADER GROUP IN PRECISION

At the beginning of 2017, we concluded the strategic reflection process begun in 2015 with Egile Group. An activity that was followed by the execution process of communication actions oriented to the new objectives.

As a result, the former Egile Corporation XXI and present Egile Group, amongst others, counts on with a new branding system, which projects in a more accurate way the reality behind the group. The new universe of brands, developed together with Estudio Doble, distinguishes between the companies entirely participated by Egile and those which are not, generating global coherence to the whole image at the same time.

During this time, framed within a communication plan designed ad hoc, we have also developed different applications for the group and its companies (graphic applications, signage system…). Besides, we have developed their websites in collaboration with Duok, which we have redesigned in terms of both contents and design and programming. 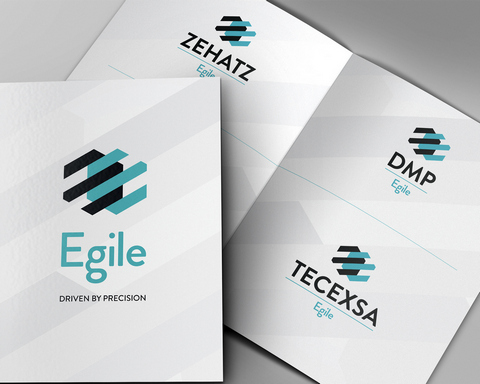